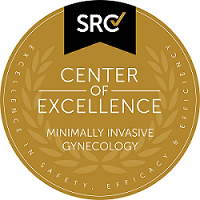 Our patients have access to some of the most advanced technology and procedures, performed by a highly-skilled, experienced team. Whenever possible we take the least invasive approach, which helps reduce discomfort, blood loss, scarring and recover times. Most patients are able to return home the day of surgery.

An array of options

An exceptional program and team

Surgeries are performed at Saratoga Hospital, the first Northeastern New York facility to earn accreditation as a Center of Excellence in Minimally Invasive Gynecology. Accreditation is awarded by the Surgical Review Corporation, a nonprofit patient safety organization that recognizes facilities and surgeons for providing superior patient care.

Two of our gynecologic surgeons—Drs. Siobhan Hayden and Anouk Lambers—have earned accreditation as Surgeons of Excellence in Minimally Invasive Gynecology. Both are members of Saratoga Hospital Medical Group - OB/GYN and have more than 10 years of experience with the da Vinci robotic surgical system. Both also specialize in advanced laparoscopy and operative hysteroscopy.

Do you have an upcoming minimally invasive gynecologic surgery at Saratoga Hospital? Please review our patient packet to learn about each procedure, what you can expect from surgery, along with pre- and postoperative instructions.